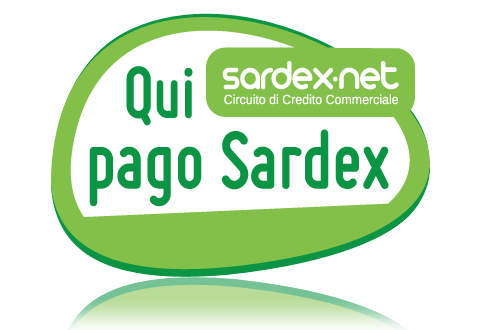 The more people worry about the death of cash, the more likely they are to replace cash with something else. Merryn Somerset Webb looks at some of the more successful alternative currencies.

Bitcoin is just one of many alternative currencies

I interviewed Matt Ridley on his new book, The Evolution of Everything, this morning. We talked around all sorts of things the video and the podcast will be out in a few days for you but we spent a reasonable amount of time on the pointlessness of central banks (the only reason we need them to be the lenders of the last resort, says Ridley, is because they cause so many problems in the first place), the possible death of cash, and the rise of alternative currencies.

Last week the Bank of England’s Andy Haldane made a speech in which he explained what a pain it is for him and his colleagues that people hold cash. It would be much easier for central bankers if we all had that cash taken away. That way they, rather than us, could control how and when we spent the money. All our wealth would be held at the bank electronically. So if they wanted us to spend they could charge us negative interest rates (effectively taking our cash away if we didn’t use it) and if they wanted us to stop spending they could pay us interest. Much easier all round.AdvertisementAdvertisement – Article continues below

We don’t much like the sound of that. It sounds like an infringement of our freedom. As a letter to the FT put it, it would be forcing us to an even greater degree than is currently the case to swap things we have control over (our skills and our time) for things we have no control over (money in a bank).

But there is a silver lining to all this. The more frightened people are about the possibility of the enforced death of cash (and after Haldane’s speech, rather more of them are scared than before) the more likely it is that alternative money systems will rise to replace cash.

Which ones? There is bitcoin, of course, and all the possibilities that blockchain technology might bring. But it might also be useful to look around at other successful non-central bank currencies.

In Kenya there is M-pesa, a system that started out as the transfer of mobile phone minutes between users. Two thirds of Kenyans now use M-Pesa as money, and some 40% of the country’s GDP flows through an M-Pesa transaction of some kind.

Then there is Switzerland’s WIR, set up in 1934 when a network of Swiss businesses decided to build a system of mutual credit allowing them to trade without relying wholly on the Swiss franc. It now has about 45,000 members.

And of particular interest is Sardex, a new parallel currency set up by business people in Sardinia in the wake of the financial crisis. It is effectively a system of mutual credit, rather than one of stores of wealth.AdvertisementAdvertisement – Article continues below

The FT explains it like this: “there is no bank that prints Sardex notes; no algorithm that generates Sardex digital coins. Instead, it functions as a system of mutual credit: each firm begins at zero, earning the digital currency equivalent to but non-exchangeable with the euro as it offers goods or services to others in the network. Companies may go into debt but only up to a certain limit, determined by what they can offer the other participating firms. Crucially, there is no interest on Sardex; it functions purely as a means of exchange.” But this gives it the one thing that money really needs: trust.

Sardex is effectively a system of “of rights and duties,” one of its founders tells the FT. “From the moment that I take from a community as is the case in Sardex I am in debt towards that community; when I settle that debt with the community, I have given what I have received. It’s a beautiful thing” and a thing entirely separate from central banks.

€84m worth of transactions have been completed in Sardex so far, with €30m of those being this year alone.

There is something similar in Cape Townand also in Baltimoreand efforts to set up local currencies are endlessly underway in the UK (the Bristol pound being the obvious example).

Most of these efforts to set up parallel or new currencies fail (people don’t trust them, they are badly structured, governments try to regulate them away, etc). But with the rhetoric about the end of cash heating up, expect to see many more Sardex-style efforts ahead.

In the meantime you might listen out for a podcast I have done with Hutch Vernon of Brown Advisory. His response to our worries about cash? Not to rush off to start a new currency, but to buy more shares in Visa currently the top holding in his portfolio. It is like a toll road for transactions, he says (taking a tiny cut of every one as it passes through Visa systems) but it is also the best play on the end of cash there is.

If you are paying for anything with a card or even with ApplePay you are probably using Visa’s payments processing infrastructure. The shares aren’t cheap (so not on the top of my list right now), but given that some 85% of the world’s transactions are still done in cash, you can’t deny their growth potential. Particularly if Mr Haldane gets his way.